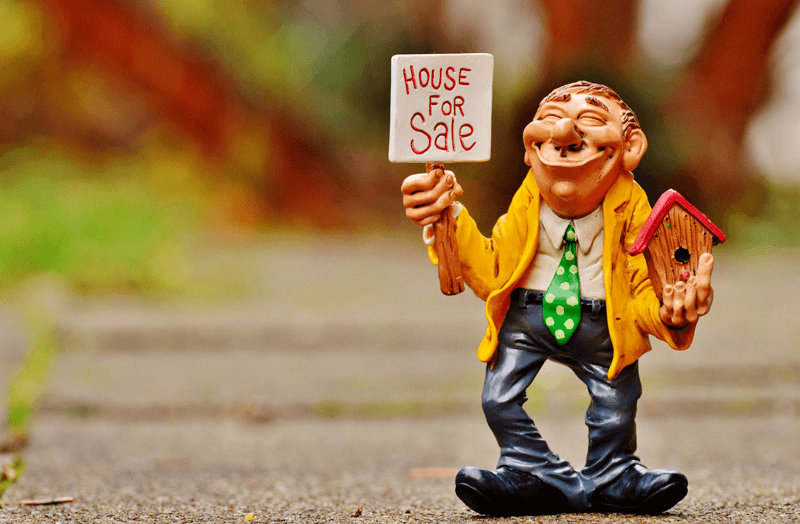 Should You Be An Agent To Wholesale

So, the question is, should you be a real estate agent?

Well, if you’d asked me that back in 1990 or 1985 I’d have told you definitely you’ve got to be a real estate agent because you need to have access to the MLS to get your data.

Nowadays that’s not quite the way it is. We’ve got Zillow and Realtor.com so all the data’s given to you. You don’t really have to be a realtor just to get access to information.

The question then becomes a lot more complex as to whether you should be a real estate agent or not. Let’s take a look at what the positives are and what the negatives are.

We’ll start with the positives.
On the positive side of being an agent, it gives you a little more, what’s the best way to put it? I wouldn’t say respect, but a little more acceptance. The general public assumes that you know what you’re talking about .

It doesn’t make you special because every other person in the state probably has real estate license, but at least they know you took some minimal training.

Also, it does give you the opportunity to make some extra money from selling other people’s properties, things like that. You can also get into getting paid to be a rental manager.

But also comes with some downside. And those downsides start with little things like advertising as an agent. Most states make you actually have to lead with, “I’m an agent.” You can’t just throw up a bandit sign that says “I buy houses, call me,” because that’s your first point of contact.

I do get some people that try and tell me that the first point of contact is when they talked to them on the phone. You can split hairs if you want to, but your state regulatory officials may not feel that way. And that’s whose opinion matters. Your opinion doesn’t mean anything to those people. Trust me on that.

So anytime you throw an advertisement up, you have to lead with “agent”. And just from experience, I can tell you, people tend to think that when you say “I’m an agent”, that you’re just trying to get a listing. So, you wind up spending a lot of time explain to them that  you’re buying it for yourself and no, you know you don’t want their listing. Then if they ask you a simple question like, “what do you think my house is worth?” You’re kind of in a bad situation, because if you tell them half of what it’s really worth and they get you up in front of a your real estate commission and say, “this person lied to me and misled me”, or just take you before the ethics board and say that you lied to them and misled them by giving them false information, you’re in trouble. It’s one thing to tell someone your opinion when you’re not expected to be held to a higher standard. But when you make something up that’s not true and you are held to a higher standard, it can be a real problem for you.

I don’t really think it’s that big a deal to be an agent. The only time that might come into a real problem is if you don’t do your paperwork properly or you misrepresent yourself when you’re wholesaling houses.

A lot of times people will get into flipping business or the wholesaling business, put a property under contract and then jump on Zillow and or Craigslist or on the Internet and say that they have this house for sale. That’s not true. They don’t have a house for sale. They have a contract they’d like to assign. Some of the States Attorney’s offices are starting to look into wholesalers that have websites with eight or ten houses on them. Ones they’re trying to wholesale and they’re putting out advertisements on the Internet and on street signs saying, “I have a house for sale”, when that constitutes acting as an agent without a license. The rules say that if you’re selling the property of another for a fee, then you have to be an agent. But if you’re selling your position on a contract, you’re not in selling someone else’s property, you’re selling your interest at a contract. So just keep that in mind, because it’s a pitfall that’s starting to become more prevalent.

I can’t really see where it’s going to do any good to be an agent other than make you feel better about yourself, and about what you know, and it could kind of slow you down, in the way that you spend so much time getting your license, you’re not out there finding good deals.

So, if it was me, if I was just starting out right now, I probably would not becoming an agent. I would just find some good deals, get them under my belt and move on. That’s of my answer for it.