Find Motivated Sellers Now!
Equity Real Estate Deals: Make money before you close!
How to Make a Low-ball Offer and Get Away With It! 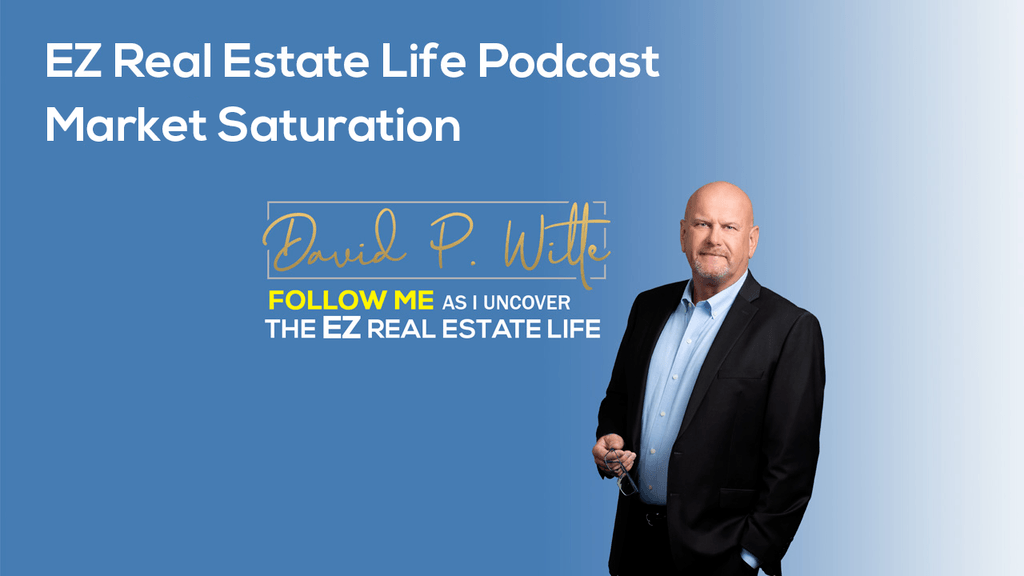 How do you see real estate market saturation?

I’ve gotten some feedback from some students of mine about being told, or feeling within themselves that the market’s too saturated for them to become a real estate wholesaler or an investor. I just want to share some thoughts with you on that. I live in a fairly large town, the Sarasota-Bradenton area and it’s a very popular area for real estate and rentals. Sometimes the market will heat up and it seems like there’s just no more deals out there.

What I do in that particular situation is I move outside of my direct area. Now, the reason I’m bringing this up is one of the students was from downtown Baltimore, and sent me an email saying, “I’ve heard it’s just too saturated. I can’t do it.”

What do you think?

The other person was from a small town in Arkansas. The exact opposite situation in market size, but they were telling the same tale. They market is saturated. there’s too many people doing it. There’s no opportunity here. There’s not enough deals around for everybody.

I understand
My market can get so hot that you can no longer find deals that you can wholesale to a real estate investor. Especially to keep for a rental. The numbers just don’t work. So you’re basically stuck selling them to rehabbers only. And if you buy into a $300,000 house that you’re going to flip to a rehabber, you better have some rehabbers lined up because if not, you’re never going to get the deal closed.
If you do close on it yourself and try and flip it, you may be stuck with an alligator that’s going to eat you up in interest payments in no time. When you close on a $300,000 to $500,000 houses and do a rehab, you’ve got to have your deal together, have a crew in place and  knock that thing out. Be in and out and just a couple months, because you let a deal like that drag on for six or eight months or a year, you’re going to eat up all your profit just in interest payments.

How to combat the issue
What I want you to do is start thinking in a larger scale.
That’s what I do when things get tight. My area has got a couple hundred thousand people in it. When the deal start getting thin, I’ll move out into smaller nearby towns like Arcadia or Wauchula.  They’ve got 30,000 or so people, and there’s deals out there.
There’s plenty of deals, but there’s not many buyers there. If there are buyers, they’re very few and far between and, they’re really holding the prices down and getting really good deals that they can rent out and make good cash flow.

The Plan
What I’ll do is market for the wholesale deals out in these smaller towns, and then market them to our investors in the larger towns.  Usually with a much higher ROI for their rental investment. They’re happy, I’m happy. I’m still doing deals and everybody walks away good.

So keep that in mind that you’re not constrained by a geographical area. Stay within 25 to 30 minutes away. I probably wouldn’t go more than an hour away just because of logistics for a landlord to go by and take a look at the property. If you can stay reasonably close to home and still do deals, then do it. A lot of people, especially new investors, will take that opportunity of hearing someone say it’s too saturated to quit. They’ll use that opportunity to say, “well probably shouldn’t get in the business, or I’m just gonna quit.” In reality, if they just stick with it, they’d wind up doing well.