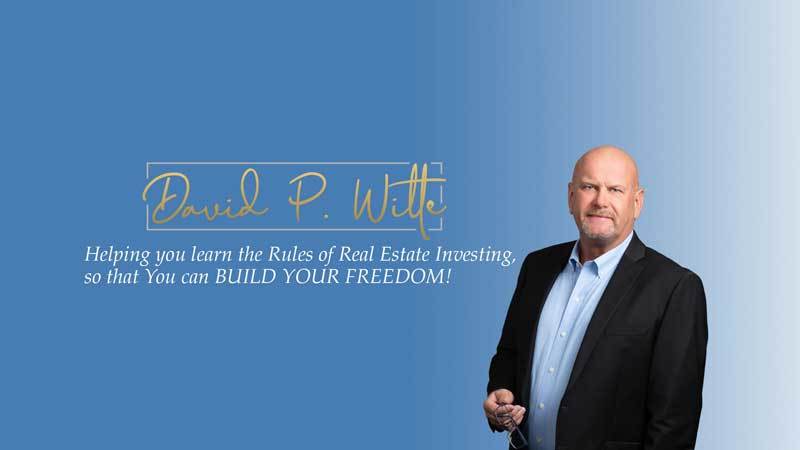 How To Find A Hard Money Lender

I just want to offer some insight about finding and working with a “Hard Money Lender,” and you first interaction as a new investor with a hard money lender.

You know, that’s one person that you’re really going to have to come to terms with, you need to find a friendly, hard money lender that you can do business with long term. The best thing you do is go to a REIA (real estate investor association) meeting and find one there. That’s the easiest place to find one. Another good place is to check with local real estate attorneys and CPA’s. If there’s a lender in town, they’ll know about them. Also check the local courthouse and look at mortgage filings and look for individuals or small company names instead of major lending companies.

Their big question is, if they give you money, are they gonna get their money back, and when. That’s like the most important thing to them. So you’re going to have to put a solid business plan together and the faster you can get their money back to them, the happier they’re going to be. They don’t want to hear, you know what, if long term, you know, if something goes bad, we’re going to be in this thing for five years. They want to hear how you’re going to turn it around in six months guaranteed. So first thing you gotta do is obviously you gotta have a good deal. If you don’t have a killer deal, it’s not going to fly. And that hard money lender is going to know it because he’s been in the business for a long, long time. Second thing is you’re gonna have to have solid, solid after repaired value numbers on this house.

Not what you think, but what you can prove. And they need to be conservative because hard money lenders don’t want to play with possible appreciation during the time you’re holding it. They want to know what works right now and if it was fixed, what would it be worth right now?

That’s the most important thing, the solid numbers that you give them when you start talking to them. They got to be based on today, what the market’s doing right now and they’re going to look for a little bit of leeway for if the market drops 5% during the time they’re holding.

So don’t expect to come to a hard money lender and say, “I think that by the time we get done with it, the market is going to go up and under so many percent. You know, the longer we hold it, the better it’s going to get.”

Have some referrals, or impress them.

If you have some referrals, talking about deals you’ve done in the past, that’s great.  But just starting out, you’re not going to have that. You’re going to have to find some way to prove your worth, so to speak. The best way to prove your worth is knowing your numbers. On a wholesale deal, and you’re not doing a rehab on it, it makes it a lot easier to get the hard money lender involved, because he’s not looking to you to get the fix up done. He’s basically a backup just in case your wholesale deal falls apart and he’s looking to see if the deal is good enough that he would want it for himself if it didn’t resell.

First deal has to be smoking good.

That’s how it works. You’re not going to look for him to go in and partner a rehab.

If the wholesale deal starts falling apart, and he decides that he’ll back you at closing, it’s going to have to be good enough deal that within a week or two you could find another buyer and get his money back.

That’s the crux of the situation.

I say him, but I know several nice ladies that are hard money lenders. They’re usually tougher than the guys, because they’re serious about their money. The guys can sometimes be a little more benevolent, because they want to help get you started and that’s one of the things that you need to key in on.

If you can find a hard money lender that will mentor you, he’s going to feel more comfortable because you’re listening to him, you’re playing by his rules and you’re going to learn a lot from him. Usually these guys, if they’ve been in business any time at all, they’ve been in business a long time. Because hard money lenders either crash and burn pretty fast, because they didn’t have enough experience when they started out, or they got a lot of experience first by going through the tiers of being an investor, and finally made to hard money lender. By that time they really know what’s going on, and they can give you a lot of information.

Take them to the house, then for coffee.

Walking the lender through the house is of upmost importance. You wouldn’t try and sell someone a used car over the phone without them seeing it would you? So don’t try to do your first few deals over the phone. Preferably take the lender there, don’t meet there, and then take them to lunch or coffee afterwards. Ask them their opinion, take notes on what they think. They will provide value, but also you will be making a good impression as a borrower. I can assure you, if a lender thinks you are bull-headed and unreasonable, they won’t lend you money.

So have good numbers, get a conversation going, listen to them, do what they say. You’ll find that the hard money lenders can be your very, very, best friend. It just takes a little bit of time getting to know one. It’s like anything else, it’s almost like dating a girl. She’s not going to marry you on the first date, it may take a little time to get a lender to be willing to invest in you.

If you want to get more good stuff, sign up below for my free weekly email training.