How to Invest in Real Estate with No Money
Real Estate Options Handbook
Real Estate Trust: How and Why to use a Land Trust
REIA: The Real Estate Investor Meeting Handbook
Investment Realty: Choosing the Right Firm for You
How to Make Real Estate Market Predictions 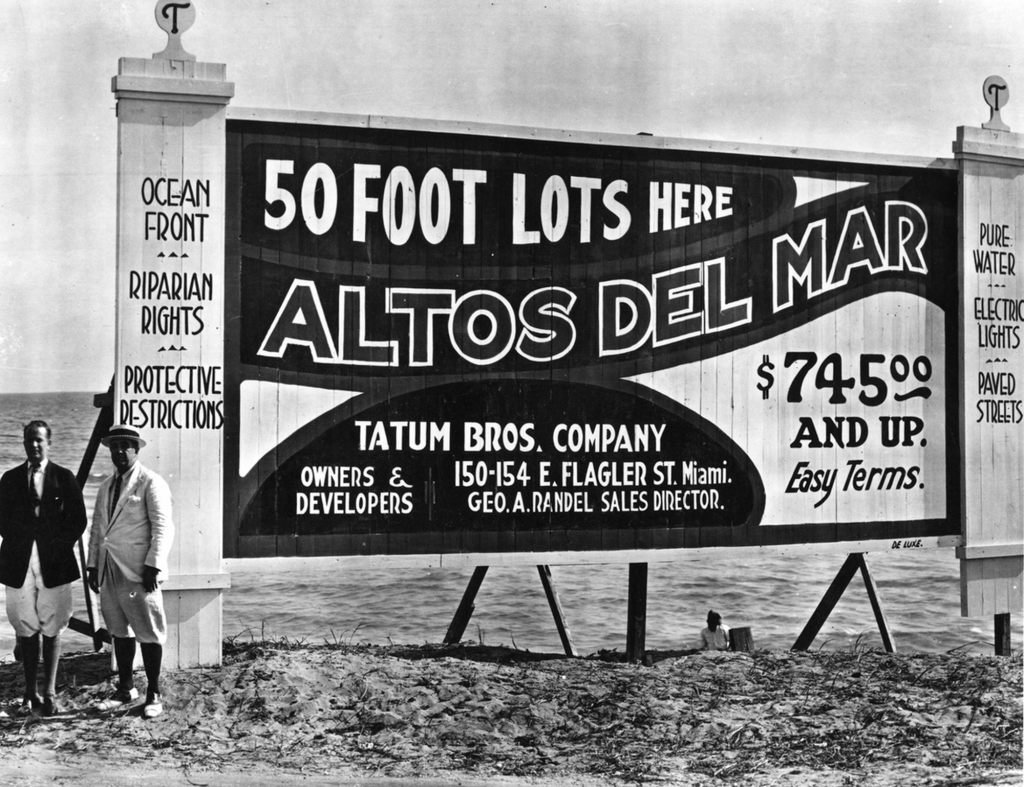 Should You Buy Vacant Land?

Should You Buy Vacant Land?

We’ve all seen them before…
The bold advertisement screaming.”BUY ME NOW!”
There have been times that buying vacant land has made people a lot of money, but for that to happen there has to be a quick escalation of property values on a large scale basis that ignites a feeding frenzy by the general population.
This happened in Florida several times, most notably from 1898-1925 and 2001-2007

In the 1920s, it is said that people stood in line for hours at a land office to buy a piece of dirt that they were able to sell for a handsome profit the same day to people at the end of the line. By 1925 the ether had worn off and when the music stopped a lot of people were left with overpriced land whose only real value was building the county tax coffers.

Skip forward to 2001. After an extremely long period of near zero appreciation, lots in places like North Port, Ft Myers, Port St Lucie, and Lehigh Acres took off at at an astounding rate.
With a blind unwavering belief that the “Baby Boomers” were going to invade Florida in giant waves, builders, banks, and investors threw money at new home construction in these areas at a frantic pace. North Port alone claimed to have issued over 4000 new home permits in a month.
Prices went for a reasonable $8,000-$10,000 for a 1/4 acre lot to $45,000+ by the time the bust hit.
The reason that raw land tends to be a bad investment is that the only way for you to make money is from appreciation. So that means you are a SPECULATOR, not an investor.
When you purchase that lot you have to start paying yearly taxes, and with property taxes on a standard lot averaging over $300 a year, it can take a big bite out of any returns.

All that being said, my recommendation is that you treat the lot market as you would the stock market. If you find a lot that you can get for a song for some reason, buy it and flip it.

Just remember, sometimes the bank robber’s motto is good advice.
GET IN, GET OUT, GET PAID

(Please be advised that the author of this post in no way condones the robbing of banks, or any other criminal activity. That’s the banks job, and they do it well) 🙂